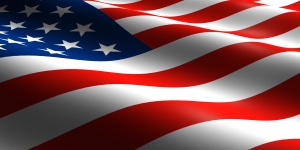 Friday was a day of remembrance related to a traumatic day in American history, one that I actually remember well. I was barely 16 months old when President John F. Kennedy was assassinated in 1963. Martin Luther King, Jr.’s assassination occurred when I was almost six years old in 1968. I was clearly too young to feel the impact of trauma or fear or anger, for either of those significant events. September  11, 2001, was very different. I clearly remember the trauma, from a distance, that I felt that day.

I was a school bus driver, and my days started very early. Before daylight, usually. On August 23rd, less than three weeks prior, my father had passed away after a long, excruciating struggle resulting from a stroke. We (my mother, daughter, and I) had flown back to my homeplace in Eastern Kentucky to bury him near my brother and grandparents. I missed him greatly, and still do, but his suffering had  been great and his new found peace was somewhat of a relief, but the loss was still on my mind. After the events of September 11th, my mother reported being grateful that my father had passed before this event for two reasons: we might not have been up to flying back to fulfill his wishes of being buried in Kentucky, and he would have been heartbroken to hear about what was happening to his country.

I drove up the freeway that morning, listening to KLOVE, finding strength in the encouraging words of the songs and uplifting stories I heard. I turned on my signal to exit the freeway and head toward the bus yard. Those songs were interrupted by a breaking news story about a plane having hit one of the towers of the World Trade Center. There was some brief conversation regarding whether it was an accident or airplane malfunction or a deliberate attack. Somewhere in the back of my mind I recalled a WTC bombing years earlier, but being so far removed, I new very few details of that event. I don’t remember the remainder of the route to the bus yard, because the next memory was walking into our little house-turned-office, looking at the television screen to see one tower on fire as yet another plane flew directly into the other tower. I remember thinking, “This must be what war looks like.” It seemed so surreal as news stations showed the havoc going on at street level and in the air, as well as two additional locations.

It was the first time in my life I remember feeling a fear that extreme. We were instructed to proceed in picking up students and transporting them to their schools, then to return to the bus yard on stand-by status, prepared to return them to their neighborhoods in the event there was a local threat. The conflicting thoughts of completing my duties for the children of the district versus the desire to rush to my daughter’s school to pick her up and find some safe place to hide were high. How would she get in touch with me if something happened locally? How was the school handling the sharing of the events with students that let them know of the threat without frightening them to death? So many emotions were running through me like a roller coaster ride. For weeks.

It was a day I will never, ever forget. Watching the devastation, the horror on the faces of those running for safety, realizing the loss of human life as the towers disintegrated into ashes, the loss of those who rushed to the scene to save lives – it was almost too much to take in. Tears flowed and I was thousands of miles away. I didn’t even personally know anyone who died in any of those three locations. I can’t even begin to imagine the heartbreak of those who experienced it firsthand or realized the phone call they received from a loved one was the last time they would hear his or her voice.

It still seems surreal to me, as I watch various memorial events acknowledging such a painful experience. My heart still breaks for the families who have had to go on living without a loved one, particularly the children who lost parents and now only have their memories on which to rely. How could humans be so evil and cruel? I don’t understand what makes people believe this kind of action is something for which they want to be known. I do know that when devastating events happen, there is also good. There are stories of people who jeopardized or even gave their lives to help someone else. There are those far removed from the situation that showed up to comfort, to clean, to search for life, to give a kind word, to give monetary gifts, to tend to the physical and emotional needs, or to pray from afar for all affected.

In my opinion, positive things happen at substantial levels when the most traumatic and disturbing events occur. It reminds me that there are still a considerable number of human beings who have compassion and empathy for those directly affected by natural or human-generated disasters. It confirms that support is the single most crucial element to success for humankind.

I used to love driving. Until I moved to a city. Until I spent nine years driving a school bus. Two of the deciding factors for the end of that career were an accident and a near miss, neither of which were my fault. The gravity of the responsibility for the safe transport of other people’s children was too heavy of a weight in a society that has no idea how to sit still, wait, or slow down. The driver who backed out of her driveway into the side of my bus on a residential street thought the driver in the 40-foot yellow Twinkie loaded with high school students should have stopped. The driver who was traveling so fast that he or she never saw my turn signal to move over another lane and had to hit his brakes and spin a 180 before coming to a stop against the cable in the median. He kept from hitting my bus loaded with high school students returning from a field trip by mere inches.

I have been reminded of these situations recently as I have noticed drivers pulling out in front of me at the last minute, resulting in my slamming on the brakes to avoid hitting them. Several times this has happened, and when I looked in the rear view mirror, there were no vehicles in sight behind me, indicating they could have waited for me to pass and pull out without potentially causing an accident or even interrupting the flow of traffic. It occurred to me how much this is related to society’s addiction with now, as I wrote about in this post. How much I can’t wait one more minute. How I have to have more of whatever it is that feels good. Because my appointment or schedule is more important than the other thousands who are on the road or in line for coffee. (Okay, so coffee really is an urgent matter, right?)

Just so we’re clear, I am not faultless in this behavior. Since my youth, my family had a saying that supports this concept so well. When you have an entrée or a piece of dessert that you love, and you’d like another piece, you say, “That tastes like more.” When I say it now, people give me strange looks while they process exactly what I said. The silly quip really indicates a thought process related to overuse, abuse, or the addiction of something that might be, in itself, something good. I plan my time too tight and then have to be in a hurry. I want more than I need. In reality, almost everything can become “too much” if we let it. Even things that are beneficial to ourselves and others. I can work too much. I can play too much. I can sleep too much. (At least that’s what I’ve been told about sleep!)

One great thing that has resulted from these observations is my own awareness. Awareness of my hurriedness so that I slow down. Awareness of my wanting more than I need so that I stop to appreciate what I have. Awareness of coworkers or friends who need some acknowledgement or encouragement so that I am staying grounded in my purpose of fun, freedom, and generosity. Awareness of what is going on with others who seem to be in such a hurry to move along or avoid something they are going through, trying to hide their vulnerability, or shame, or sadness.

So…I’m working on paying attention to my state of “hurry.” On planning ahead for traffic or lines. On noticing the sights along the journey, rather than only focusing on the destination. On being grateful for what I have – not just material things, but family, friends, education, etc. – instead of always spending time searching for more/better and wanting it now. I am learning and understanding that anything worth having takes time. Maybe it’s an “older and wiser” thing, although I am not admitting to the “older” part. Or maybe it’s just awareness of who and what I care about these days. At any rate, it’s a process, not an arrival.