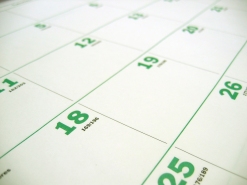 I was awakened early when the phone rang at approximately 0500 that morning. It was right outside my bedroom door. My parents had come home from the hospital the previous evening to shower, rest, and do laundry before returning to stay by my brother’s bedside in the ICU 85 miles away. Given the situation, it couldn’t be good news that early. I could hear my dad’s shaking voice as he responded to the call. His weeping indicated the broken heart of a father at the loss of his son. My mom’s tears joined in like an awful, discordant tune. As the tears began to form, she entered my room and sat on the edge of my bed. “You’re an only child now,” she said, but I already knew. For the longest time I wondered why she gave me the news that way. I suppose it’s extremely painful to say the words, “Chris is dead,” when Chris is your son. Is there any good way to say it?

Just a short time later, a colleague of my parents showed up to drive us to the hospital and to gather with other family to plan a funeral. A funeral for a 20-year-old taken too soon. Dad sobbed most of the trip – that kind of sob that shakes the body. I was sitting by the window, begging God not to take him, too, because I was certain that his heartbreak was going to cause a heart attack.  There was talk of concern for my grandmother’s hearing the news and a plan to ensure that she had family or even a physician available. She had been a big part of Chris’ early years while my parents lived on their property as they finished college. Life was unraveling in slow motion.

We spent most of the day at my grandparent’s house, and I will always be grateful for the presence of my aunt, uncle, and older cousins. They were a force of nature, bringing calm strength to the chaos of emotions while the “arrangements” were planned. I’m fairly certain that all of us were hanging on by a thread just to survive. Other details are a blur, but I still have a silent movie of the day that runs in my head. No voices. Just pictures of sitting on Grandma’s front porch swing, a seemingly insignificant item, but in reality, a huge source of comfort due to its familiarity. 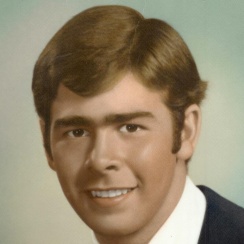 It was today. October 5th, 1976. Not a year has gone by that the emotions of that day don’t come to mind. There aren’t always tears that accompany, and the wound isn’t raw, but the scar is still there, and sometimes a glance at its ugliness is overwhelming. Why us? Why me? Why did I, with only one sibling, have to be left alone? But if I had to pick one of my friends to experience a similar loss, I couldn’t do it.

When I hear the first verse of Cry Out to Jesus by Third Day, my throat tightens up and my heart leaks from my eyes. And I’m reminded that I always have someone who hears my cries. Who dries my tears. He is the Ultimate Comforter.

I don’t write to gain sympathy. I write to process and relieve the pain in a way that gives freedom for someone else who is grieving, no matter the length of time, to understand that each of us handles it differently. It may get less intense or tears may become less frequent, but there is no statute of limitations on grief. I wish someone had informed me 40 years ago.